Breaking up is hard to do

The closing of the Goondicum mine was a blow for the community in central Queensland but presented a unique opportunity for CSS member DJ’s Steel & Concrete. 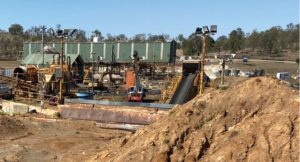 The Goondicum mine in central Queensland had a pretty rough trot. The ilmenite mine, which opened in 2007, had faced a series of stops and starts before finally closing down in 2019. Ilmenite prices had crashed around the world, just as the region was in the grip of drought, creating a double blow to locals. But out of a crisis came an opportunity for CSS member DJ’s Steel & Concrete, who received a contract from the mine’s owners to decommission the site.

“We’ve been involved in this particular project for about 10 years,” says Damien Zieth, co-owner of DJ’s Steel & Concrete, which supplies construction, engineering and fabrication services as well as operating hardware retail outlets. “The site wasn’t financially viable, so the bits and pieces got sold off .

“Probably one of the biggest parts of the plant was the feed prep. We had been involved in supplying to the mine from day one, so our knowledge up there gave us a bit of a foot in the door when it came to decommissioning.”

Decommissioning mine sites is pretty unusual work. According to Jess Mollenhagen, who managed the project for DJ’s, “In the mining sector, a lot of mines are sold as an ongoing concern, which means a smaller company would come in and take up where the larger company perhaps couldn’t make it viable. So this is not a very common thing. I haven’t experienced too much of it since I’ve been in the industry. You very rarely find yourself dividing up pieces of equipment as we’ve done here.

“We do a lot more with construction, not deconstruction,” she adds. “So it was an interesting project for us because when you start pulling things apart, it’s a little bit different to putting things together or maintaining it. This is a standalone project, compared to what we’ve done before. But nevertheless, it was something where we were quite familiar with the equipment. It made the job or the task a little bit easier for us because we knew the way the equipment worked and how we needed to go about pulling it down, deconstructing it, so we can then get it out.”

The feed prep plant in the mine is the facility that washes, crushes, sorts and prepares the minerals for transport to market from the port in Gladstone.

“With this project and with the area and the layout of the site, when we talk about feed prep, we’re talking about the whole process from the ROM, which is your run of your mine, through to your crushing circuit, through to your conveyors, your screens, trommel scrubbers and all those sorts of things,” explains Mollenhagen. Which was a big enough job in itself—but they had the added challenge of deadline set by legislation. If they missed the deadline, they couldn’t take the equipment offsite. “Once the site becomes an abandoned mine it’s handed back to the government,”

Mollenhagen explains. “Whatever is left on the site then becomes property of the government. You can ask for an extension, but the obstacle that we faced then was it was an election year in Queensland, and the job started just before the state election on 31 October. To be able to get that processed and through the government would be near impossible.”

The mine’s owners had sold the equipment to a South African company. So, the challenge for DJ’s team was to get the equipment offsite and off to a port in time. “And before we can actually load onto the truck, we have to ensure that the equipment’s actually adequately cleaned to ensure it will pass quarantine,” Mollenhagen explains. “And when we pull it apart, we need to document the way that we pulled it apart, so they know how to put it back together when they get over there. So that entailed getting 3D scanning of all the equipment, and every piece of equipment needs to be numbered, and then there needs to be instruction on how that piece of equipment goes back together as well.” 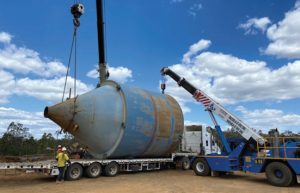 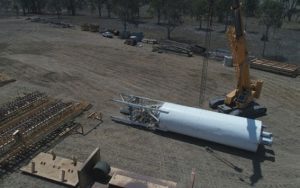 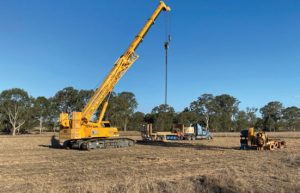 The challenge wasn’t just in the detail of dissembling and labelling roughly 400 individual items. The equipment involved was often huge. “With the drive over crusher bin, for instance, we had two dozers working on that for about two weeks just to move away the earth around that, so we could actually pull it out,” says Mollenhagen. “Some of these pieces of equipment are large. For instance, the scrubber base is 42 tonnes. So we had to mobilise larger cranes to site. We had a 130-tonne crane onsite to assist with the deconstruction of it. Obviously with that, we had all the electrical requirements as well. So we had to pull and wind all your electrical cabling, all your conveyor belts and then commence dismantling the equipment.

From beginning to end, the physical work of taking the plant apart took about three months (not counting the preparatory work that went into it). And while this type of work isn’t common, it’s opened up a window of opportunity for the expertise DJ’s team has developed.

“Obviously, we were happy to come across it, it was a great opportunity,” says Mollenhagen. “But with that being said, if there were more jobs out there like this, we’d be certainly happy to take them on as well.”