Improvements in battery technology over recent years have provided more power, longer run times and faster charge times. While these developments have been a boon for laptops, smartphones and electric cars, the cordless power tool market has hugely benefited from this technology.

While the old nickel-cadmium (Ni-Cd) batteries are robust, they are heavy with relatively low power density.

Not only are Li-ion batteries able to provide more energy density in a smaller battery, they have no memory effect—one of the big drawbacks of Ni-Cd. Memory effect meant that Ni-Cd batteries had to be fully charged and discharged, otherwise the battery could develop a ‘memory’. That ‘memory’ would see Ni-Cd batteries operating at a fraction of their total capacity.

“More energy density and no memory effect is a huge advantage of Li-ion batteries,” says Cameron Beecroft, commercial training manager at Stanley Black & Decker. “We’re also seeing increased amp ranges. Not too long ago, a big battery would have been two amp hours in Ni-Cd. Now we’re getting batteries up to 12-amp hours from Li-ion batteries that are a similar physical size to the old two amp.”

These motors are smaller and run with less heat and less friction. This happy marriage has seen the manufacture of cordless power tools evolve in leaps and bounds. As lithium-ion batteries transition to high-density cells, we can expect powerful developments in cordless tools.

“The improvements in battery and motor technology means that many tradies can now be free from dependence on 240 volts,” says Beecroft.

Cordless tools provide benefits over mains-powered tools that make them easier and safer to use. All tradies are aware of the negative impact of noise and vibration on their health and wellbeing.

“We have placed great emphasis on reducing noise and vibration levels in our tools so they can be used safely for longer periods of time,” says Michael Princic, cordless product manager at Makita Australia. “A petrol blower producing 90dB of noise can only be used for approximately two to three hours without hearing protection before noise stress can cause damage to your hearing and body. Our cordless blower producing comparable power, runs at 79dB, and falls under the workplace exposure standards of 85dB. Although we still recommend hearing protection, it’s quite a significant difference.”

One of the big issues associated with battery technology is the environmental impact and what can be done to minimise the negative effects. Batteries should not be disposed of with general waste and many council-operated waste transfer and recycling stations have facilities to recycle batteries.

“At Metabo, all our batteries are marked with the international crossed-out waste bin icon to indicate that they should not be thrown away,” says Brown. “The Cordless Alliance System—which currently has 20 members,  including Metabo and more on the way—has a wide range of different branded tools that use the same batteries and chargers. This limits the number of batteries and chargers consumers need and ultimately creates less waste.”

According to Princic, globally, each subsidiary of Makita “has participated in different battery recycling campaigns relevant to their local situation. Presently, the entire Makita Group is working to create a sustainable recycling-oriented society that combines environment and economy by reviewing our business activities from the ground up,” he says.

Beecroft adds: “The entire Stanley Black & Decker corporation is working towards being carbon neutral as soon as possible. We want to be carbon positive by 2030. The business is always looking at ways to reduce environmental impact by exploring potential for product ranges that use recycled batteries and materials.”

At the heart of new battery technology is the relatively scarce element, lithium. A future lithium shortage has been predicted for the past five years, particularly as the electric car market grows. Recycling lithium-based batteries is essential to meet current and future demand. In 2018, the Battery Stewardship Council (BSC) was formed to increase battery collection and recycling in Australia. Last September, the BSC was authorised by the Australian Competition and Consumer Commission to operate a national scheme for managing expired batteries.

The cordless power tool market is continuing to grow and companies such as Metabo, Makita and Stanley Black & Decker are embracing new battery and motor technology to create revolutionary products. Right now, there’s no better time to buy battery-powered tools. They are lightweight, flexible and multipurposed. They also have the power, duration, hardiness and fast recharge times to get the job done. 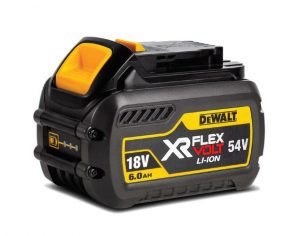 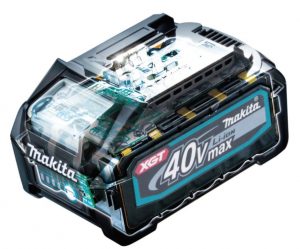